Yukoners Rally Behind Liz Hanson and the Yukon NDP 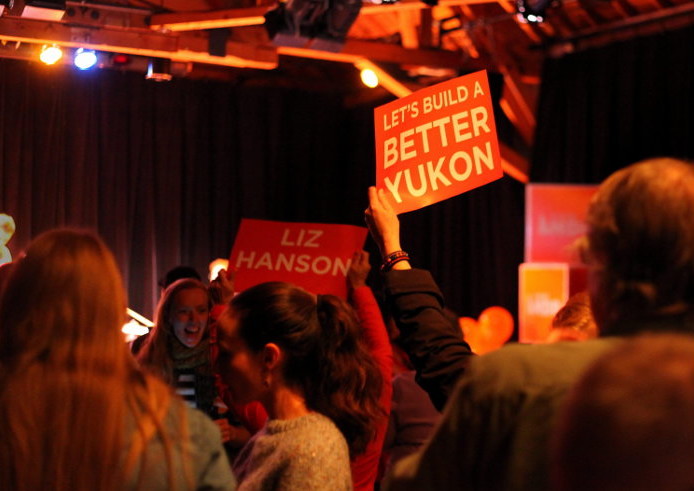 October 23, 2016: Tonight, a crowd of over 200 gathered at the Old Fire Hall in Whitehorse to mark the halfway point of the election campaign. Momentum has built throughout the campaign on the strength of the Yukon NDP’s announcements presenting better choices that fix the healthcare crisis, put jobs for Yukoners first, ban fracking, support rural communities and raise the minimum wage. 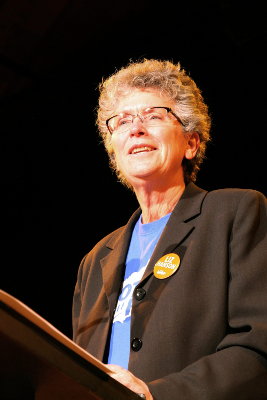 Leader Liz Hanson spoke to an energetic crowd of supporters, “I promise you that every single day that I am your Premier, and my team is in the legislative assembly representing you, we will be putting Yukoners first. You deserve more than a different government – you deserve a better government. We have the team, we have the plan, and we’re gaining the support of Yukoners across the territory. Together, we can do this.”

Yukon bands Old Cabin and Ukes of Hazard played for an enthusiastic crowd of supporters. Some were long-time NDP supporters and others were new to the party.

“I voted for Trudeau and the Liberals in the last election but I can’t support the Liberals this election. Their soft positions on environmental issues, their plan to cut taxes for large corporations isn’t what hard-working Yukoners want or need. They are struggling to find affordable housing and good paying jobs and the Yukon NDP are focused on putting Yukoners first”, said Granger resident Lauren Porter. “The Yukon NDP is giving me something to vote for, not just something to vote against”.