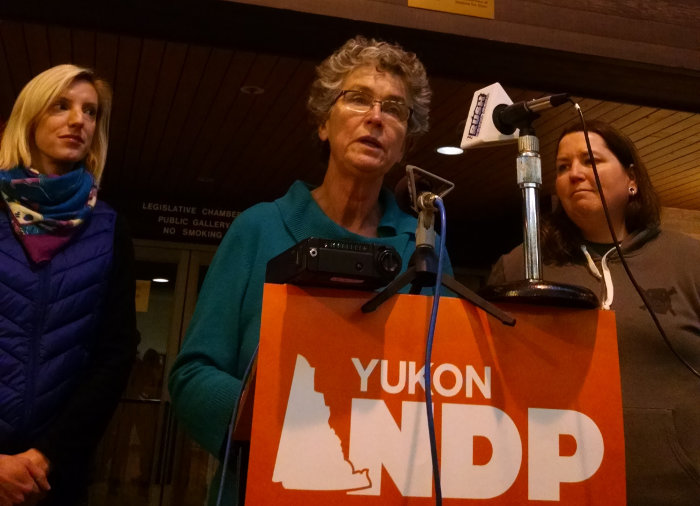 Yukon NDP Leader Liz Hanson announced that a Yukon NDP government will open the doors of government by enacting lobbyist legislation, strengthening the Public Interest Disclosure of Wrongdoing Act, and the Access to Information and Protection of Privacy Act.

“For too long, the Yukon Party government has eroded the foundations of a transparent and accountable government – both with their actions and inactions,” said Hanson. “It is time to throw open the doors of the legislature and end the culture of fear, secrecy and silence.”

The Yukon NDP plans to introduce paid lobbyist legislation so that Yukoners will know that decisions are being driven by the public interest – not by paid lobbyists. They will also amend the Access to Information and Protection of Privacy Act based on the core value of openness first – so Yukoners have access to the information their tax dollars pay for. They will also amend whistleblower legislation to ensure that public servants come forward when they need to. Finally, the Yukon NDP will address the culture of fear surrounding public servants’ involvement in public life and ability to give sound advice.

“Democracy belongs to people, but Pasloski’s conservative Yukon Party government has governed behind closed doors and muzzled our public servants,” said Hanson. “Yukoners are fed up with a government that just hasn’t been there for them – and it’s time for that to change.”