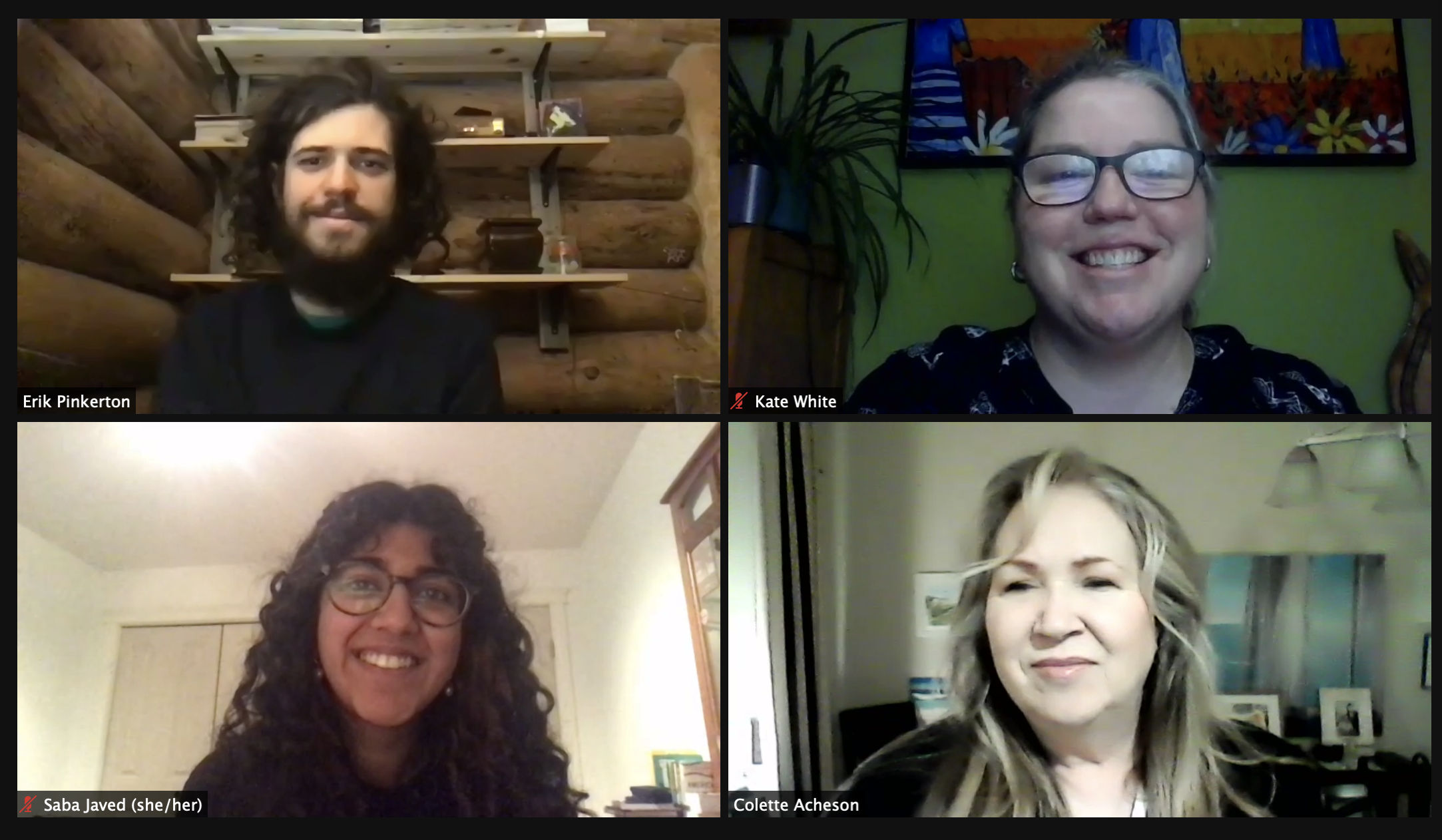 "I'm proud to be building a team of candidates who understand the problems people in the Yukon face right now and are ready to do the work to find solutions," said Yukon NDP Leader Kate White. "Together, we're going to put people first in every decision we make. That's how we'll deliver the results people need."

Over 60 people tuned in to watch the announcement on Zoom and on Facebook Live.

"People are making tough choices right now between a trip to the dentist or a trip to the grocery store, between getting a cavity filled or paying their phone bill. I know that because my family has made those choices too," said Mount Lorne-Southern Lakes candidate Erik Pinkerton. "I don't think it has to be that way and I'm running with Kate because I know she doesn't either. We're going to work to make life more affordable for people."

"I'm a student and like a lot of people my age, the hunt for affordable housing has been almost impossible. People are getting priced out," said Copperbelt North candidate Saba Javed, "I'm running with Kate White and the NDP to make our housing market actually work for people."

"In my work, I've seen the cost to families and small business when the government's plans don’t consider all Yukoners. Everybody deserves to take part in a healthy economy, and have options for affordable and accessible housing, transportation, and healthcare," said Porter Creek South candidate Colette Acheson. "I'm proud to be on Kate's team. She's always ready to listen to people and fight for what they need. I'm running to do the same."

13 Yukon NDP nomination candidates have been announced so far for the 2021 territorial election. More about these candidates can be found here: https://www.yukonndp.ca/candidates

Colette Acheson (she/her) is a Yukon-based consultant who leads and coordinates diverse projects for multiple NGO’s and businesses in Alberta, Northwest Territories and the Yukon. For a total of 6 years she served as Executive Director with the Whitehorse Chamber of Commerce and the Yukon Association for Community Living (now Inclusion Yukon). In 2020, her advocacy led to the development of a study exploring the complex factors affecting Yukoners’ access to affordable and accessible inter-community transportation in collaboration with the Yukon First Nations Chamber of Commerce.

Colette is currently volunteering on the steering committee planning for an NGO Hub concept. She has served on the board for the first few years for the Whitehorse Community Thrift Store, and was past president of Options for Independence FASD housing, and a co-chair with the Yukon Anti-Poverty Coalition.

Saba Javed (she/her) is a university student and writer. She is currently studying Peace, Conflict and Justice at the University of Toronto. With school being online, Saba has returned home to the embrace of the mountains of Whitehorse. Growing up in the Yukon as the child of immigrants, Saba was surrounded by a community of adults and peers who supported her throughout her entire life - no matter how far away she's moved, she always found herself coming back home. In her free time, Saba is usually writing articles, making playlists and documenting the world around her. She cares deeply about community building, compassionate public policy, and the stories that connect us.

Erik Pinkerton (he/him) is a self-employed photographer based in Whitehorse. He and his family have made their home in the beautiful community of Marsh Lake. Four years ago, Erik started his business and became involved in the local trades community by volunteering with Skills Yukon Canada. Through his work, he has travelled extensively throughout the communities of the Yukon.

When he’s not working, Erik can be found running the trails around Marsh Lake with his dog, exploring and learning from the beautiful territory of the Carcross/Tagish, Ta’an Kwäch’än Council and the Kwanlin Dün with his two daughters or stuffing his family with homemade sourdough pizza. Erik and his partner Anne recognize how extremely privileged they are to live on this land and are grateful for the impact it has had on their lives.