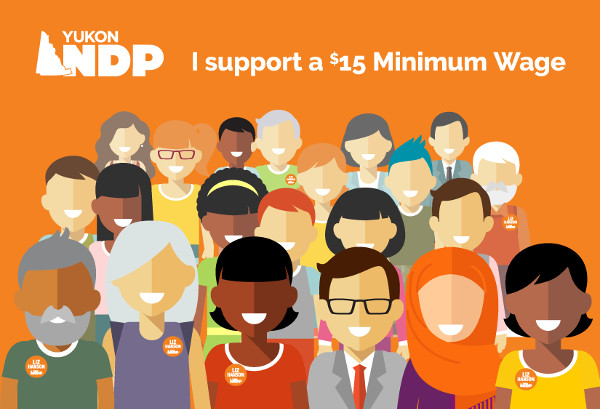 “This is the way forward,” said Hanson. “Yukon has the lowest minimum wage in the north. There are those among us who, in spite of working full time, can’t make ends meet. That must change.”

The Yukon NDP will raise the minimum wage from $11.07 to $15 an hour within its first mandate. The pace of increase will be determined in consultation with stakeholders.