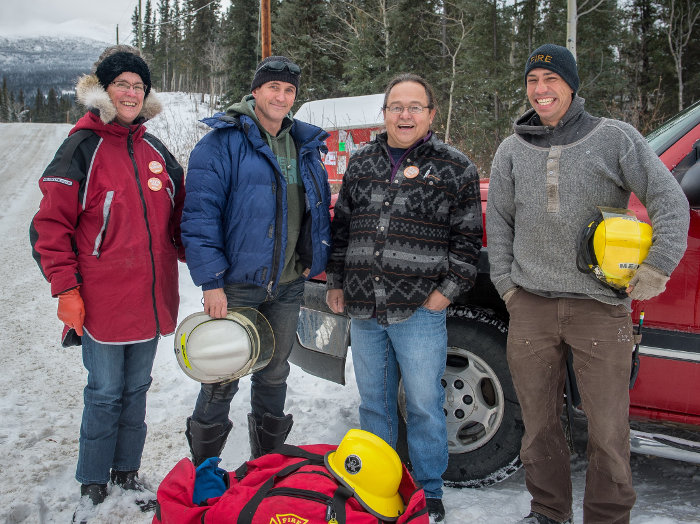 Yukon NDP Leader Liz Hanson announced that a Yukon NDP government will create a territorial tax credit for first responders. Hanson noted the important work that first responders do in Whitehorse and in the communities.

“The volunteers who work as first responders are dedicating themselves to fighting fires and saving lives in their community. It’s time for the Yukon Government to step up and help make their lives a little bit easier, and also hopefully help recruit new volunteers.”

A Yukon Volunteer First Responders tax credit will amend the territorial taxes to match the federal volunteer firefighters’ tax credit. This will allow any volunteer first responder or search and rescue worker who has completed 200 hours of unpaid work claim $3,000 each year on their taxes.

Boyd Pyper, Chief of the Tagish Volunteer Fire Department was pleased to hear about the proposed tax credit. "Firefighting is an intense job that makes huge demands on the men and women involved. Our dedication to protecting Yukoners and their homes is demonstrated everyday throughout our territory and it is one of the things that drives us”, Pyper stated. “I am really happy to see the Yukon NDP and Liz Hanson’s team step up and support Yukon’s first responders like this. This tax credit will help our families and is a real recognition of our commitment to our communities.”

The Yukon NDP will also work to expand the credit to other volunteer first responders, and lobby the federal government for this expansion as well.

“This tax credit will help families who serve others by offering their time to volunteer at fire departments in Tagish, Marsh Lake, Mount Lorne, Carcross and Golden Horn,” said Mount Lorne Southern Lake MLA Kevin Barr. “This is about building a better future for people in the communities. It’s time for our government to support our first responders.”