Shaunagh Stikeman Letter to the Editor on Fracking 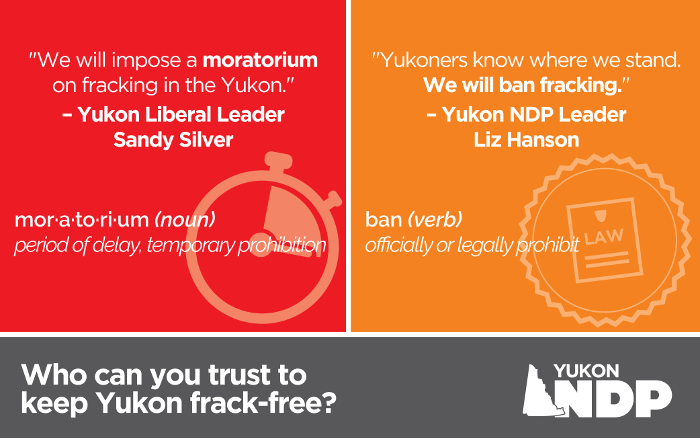 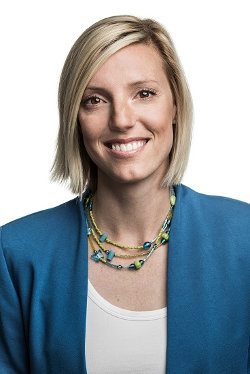 In the October 26, 2016 Yukon News, Mr. Kyle Carruthers argued that because a present government cannot bind a future government, there is little difference between an NDP legislated ban on fracking and a Liberal moratorium. This is misleading and ignores the central pillar of our Westminster system of parliamentary government.

Once a Yukon NDP government enacts legislation banning fracking, changing that law in the future becomes an onerous task. To repeal a legislated ban on fracking, a Bill would have to be introduced in the Legislative Assembly. It must be “read” publicly three times in the Legislature, undergo rigorous debate by all parties and a Committee of MLAs, survive at least three votes, endure the scrutiny of the media and require MLAs to be accountable to their constituents when voting on the Bill. Only after surviving all of this would a Bill to repeal a legislated ban on fracking become law. This normally happens over the course of months and includes numerous safeguards to ensure that a Bill to repeal a law is thoroughly considered and supported by Yukoners.

By contrast, a moratorium is simply a directive to temporarily stall an activity and can be lifted by the stroke of a pen. A moratorium leaves enormous discretion with the Premier to change his or her mind. It may surprise readers that this discretion resides with one person, but while it is important to have this discretion to deal with emergencies, it is anti-democratic when addressing major public policy decisions such as fracking.

Elections are about people putting their names forward to be candidates and then explaining where they stand on important issues such as fracking in Yukon. Platform commitments are the moral authority upon which governments govern. These commitments and our Westminster system is why a legislated ban - a stop - is profoundly different from a moratorium - a pause.

I chose to run with Liz Hanson and the NDP because Liz says what she means and means what she says.  According to the Conference Board of Canada’s September 2016 report, our economy has the bleakest near-term outlook in Canada. One of those reasons is the fractured relationship with First Nations and another is the lack of clarity from the government on resource extraction.  We don't need more of the same.  A legislated ban on fracking will clarify for investors what resources are available for extraction, while a moratorium would beg the question from investors "How long until we can frack for gas?".  More importantly, a legislated ban will force other parties in future elections to clearly explain in a campaign why a legislated ban ought to be repealed. Yukoners and our water deserve this elevated standard of protection.

Shaunagh Stikeman is a lawyer and the Yukon NDP candidate in Mountainview.