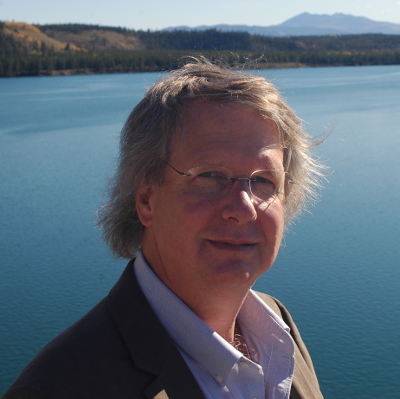 The Yukon has been Skeeter Wright’s home for over 50 years. He worked on land claims for over 20 years for the Yukon government, worked for the Champagne & Aishihik First Nations government on legislation, policy and governance. He also served as the executive director of Little Salmon Carmacks First Nation government and worked for LSFN on Bill S-6 and modernizing mining legislation.

He has a degree in wildlife management, graduate degrees in social work and in social ecology focused on the YESAA process. Skeeter was also charter member of the Yukon Council on Economy and Environment.

Skeeter is a dedicated community volunteer. He has served on the boards of Nature Canada, Frostbite Music Society, Boreal Alternative Energy Society and Yukon Arts Council, and is a current board member of Yukon Conservation Society.

Skeeter believes that water is our most precious resource. It must be protected for the generations to come. Fracking is a threat to our water and many people of Old Crow, the people of the lakes, told him they don't want to take that risk. The Yukon NDP will ban fracking in the Yukon.