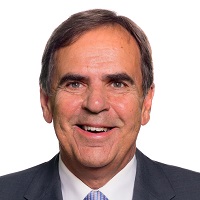 Rod grew up in Nova Scotia and moved to the Yukon with his family 23 years ago to practice law. He and his wife Heather MacFadgen raised their three children Ben, Emily and Noah in Riverdale, where both of his sons still live.

Since then, he has worked extensively with Yukon First Nations and with the mining industry. During his career, Rod has been recognized as a leading Canadian lawyer in mining and aboriginal law and listed in the International Who’s Who of Mining Lawyers. As a lawyer for a number of Yukon First Nations, Rod saw first-hand the waste of public funds and damage done by the unnecessary fights and lost court cases that our current government has waged with Yukon First Nations.

As the first northern president of the Canadian Bar Association, Rod advocated on behalf of individuals with Fetal Alcohol Spectrum Disorder in the criminal justice system. He has helped former and current Yukon members of Parliament write private members’ bills to improve access to justice for these individuals.