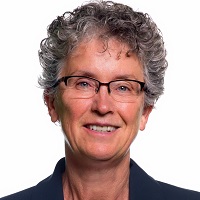 I am running to be the Premier of the Yukon because after almost 6 years as a member of the Yukon Legislative Assembly, I remain more convinced than ever there is a better way. More and more, our quality of life and future is at risk. Today’s Yukoners are fed up with a government that just hasn’t been there for people.

A Yukon NDP government will be a champion for people with new ideas that benefit the people who live here. I will work hard and in partnership with you to make better choices for today and for generations to come.

I chose to run for the Yukon NDP because they are the only party that understands the importance of fostering a diverse and economy with long-term jobs, addressing the negative impacts of climate change, providing accessible high-quality health care across the territory, and building a relationship between Yukon First Nations and the non indigenous community based on reconciliation and respect.

The relationship with Yukon First Nations is particularly important to me. I was a member of the federal government’s negotiating team for the negotiated agreements and when it became clear that the Yukon Party had no intention of working with Yukon First Nations and were intent on challenging the spirit and intent of what had taken so long to achieve, I could not remain silent. The future of our Yukon, the land, water and the people is at stake. This was the moment I decided to run for the Yukon NDP. I could not stand by and watch our conservative government turn their back on these historic agreements.

I spent almost 20 years working with and across the table from, amazing people who believed in Yukon and in our ability to create a just and lasting settlement among First Nation and non First nations citizens.

I moved to the Yukon in 1978 as a social worker for the region of Old Crow to Good Hope Lake and helped establish the first accredited training for band social service workers. Three years later I was offered a senior position on Vancouver Island and later went to Ottawa, where I was a federal manager assigned to the original team that developed the federal self-government negotiations policy.

In 1989 I had the opportunity to return to the Yukon, a land I love, and worked on Yukon Self Government negotiations. When I retired in 2007, I was a Regional Director General at Indian and Northern Affairs Canada.

My experiences over the past six years as an MLA, listening to and talking with Yukon citizens from Whitehorse to Old Crow to Dawson to Watson Lake and places in between, made me realize that Yukoners are ahead of government on many fronts. They are taking the lead on renewable energy, re-imagining the potential for new business opportunities, or provide care and services to the most vulnerable.

It’s time for a government that works in partnership with you to build a better Yukon for all.