Kate White and the Yukon NDP announced two nomination candidates for Riverdale today who are ready to fight for students, parents and teachers.

Jason Cook, who if nominated will take on Liberal Education Minister Tracy-Anne McPhee in Riverdale South, is a teacher and activist who helped 2Spirit and Queer youth successfully petition government to ban conversion therapy. He is an Executive member of the Yukon Teachers’ Association and launched the Rainbow Room Program at Porter Creek Secondary School.

Vanessa Thorson, nomination candidate for Riverdale North, is a parent with kids enrolled at every level of school. She has seen first-hand the impact Liberal neglect has had on students. 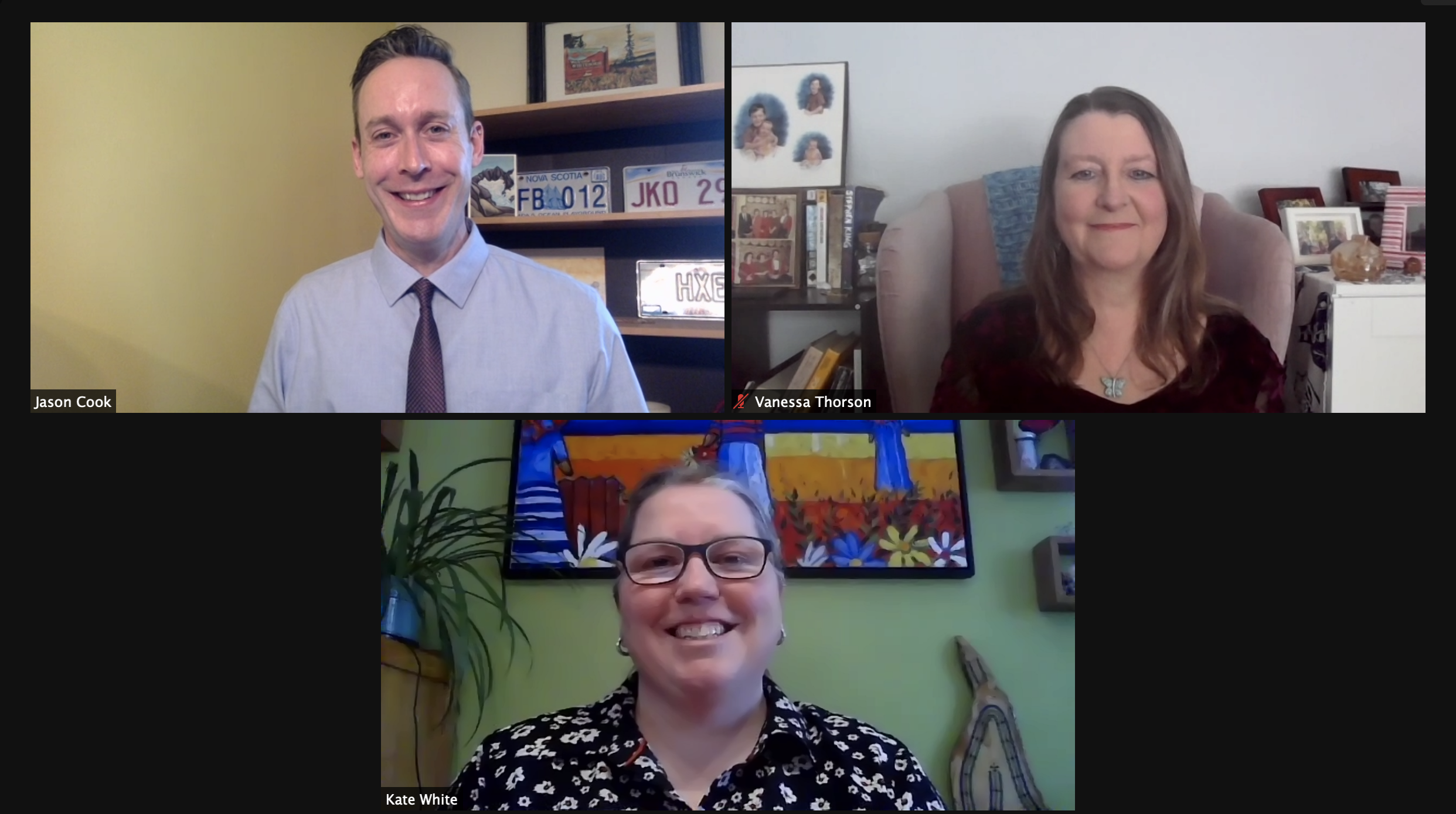 “Kids should always feel safe at school,” said Cook. “When they don’t, they fall behind – and way too many kids are falling behind right now.”

A Yukon Government survey of the territory’s students reported that just 60% felt safe at school in the pandemic. Less than half said they feel on track with their studies.

“It’s clear that government isn’t keeping up with what students need,” said Cook. “I’m running with Kate because I’ve seen her go to bat for students. When they asked her to join the campaign to ban conversion therapy, she made sure they couldn’t be ignored. That’s the kind of leader we need.”

“The parents, teachers and students I talk to are feeling overwhelmed and overworked,” said Thorson. “The funding just isn’t there to deliver the learning support kids need to get back on track.”

“The choice to cut supports for students in the middle of a pandemic was cruel,” said Thorson. “Kids and parents deserve better. I’m excited to work with Kate to reverse the damage and build a school system where kids can thrive.”

“Parents want to send their kids to school knowing they’re safe, supported and on track. If they can’t do that, then government isn’t doing its job,” said Yukon NDP Leader Kate White. “We can do better for kids. I’m proud to be on a team with relentless advocates like Vanessa and Jason. We’re going to work to build the school system kids deserve.”

The Yukon NDP has announced 16 candidates to date. Learn more about them here: https://www.yukonndp.ca/candidates

Jason Cook (he/him/his) is a professionally certified teacher and activist who has taught in the Yukon, New Zealand, and China. He is currently an Executive Committee Member of the Yukon Teachers’ Association. He holds a bachelor's degree with a double specialization in International Education and Indigenous Education, graduating as class valedictorian.

Jason can be contacted by email at: [email protected]

Vanessa Thorson (she/her/hers) is a single mother of three children and a dedicated advocate for education and child welfare. She is a current École Whitehorse Elementary School council member and has served previously as a board member of both the Nakwaye Ku Daycare and the Boys and Girls Club.

After eleven years as Government Records Archivist at Yukon Archives, she is now the Records Administrator at the Yukon Environmental and Socio-economic Assessment Board (YESAB). She has an academic background in Anthropology and Religious Studies.

Vanessa is an ardent supporter of Queer Yukon and an advocate for sustainable community development. She supports the arts through her work with the Guild Society Board. Her pastimes include gardening, writing, snow shoeing, hiking, and swimming in Yukon lakes.